Skip to content Skip to site Navigation Skip to footer

North Kesteven has the lowest crime rate in the UK

Why invest in NK

North Kesteven has four times the rate of national employment growth. It has created new businesses five percent faster than anywhere else in Britain. We are building 15,000 new homes and we want to create 14,000 new jobs in the next 20 years.

We are a rural district in the ‘Heart of Lincolnshire’ lying immediately south of the city of Lincoln, a vibrant cathedral city with major tourist attractions and a fast-improving Top 50 University.

North Kesteven offers attractive rural lifestyles for working people and their families with lively towns and villages and excellent schools. NK is the safest place to live in England. Halifax bank has ranked North Kesteven as the 36th best district to live in within the entire country, based on a survey of all 405 local authorities in the UK.

In the last 20 years, the local economy has consistently grown faster than that of its neighbours and the national average. Key growth sectors include food and farming, manufacturing, engineering, and construction, while since 2000 there has been considerable growth in the services sector, particularly business services, retail and tourism. 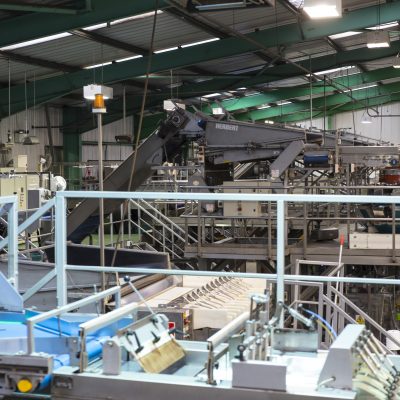 The move to Scoley Court is much needed and a timely opportunity for expansion. I have also wanted to open a showroom for some time and this was looking like a separate location, but Scoley Court allows us to have one and expand as well. This will almost certainly lead to more employment because of the move. We are really excited about the possibilities and opportunities this will bring.

We’re delighted to have moved to our new premises in Sleaford. It’s great to be able to have our operations under one roof and to have the opportunity to continue our plans for growth and expansion, but, crucially, Sleaford offers excellent transport links to all major UK Exhibition venues and cities. We’re keen to work with other businesses from the District and are looking forward to seeing what we can achieve from our new home.